One of the UK’s most successful songwriters, Gary Barlow has been made an OBE in the Queen’s birthday honours for his charity work helping unemployed royalty.

In a statement to the press, Mr Barlow said:

“I’m absolutely thrilled and feel very privileged to be in the company of so many brilliant people, a few of whom have even had to do some real charity work to get their OBE.”

“I enjoy every minute of the work I do helping disadvantaged royals, with a lot of it being a reward in itself, so for somebody to decide I should get recognised for doing virtually nothing except be sycophantic to the right people a lot is just amazing.” 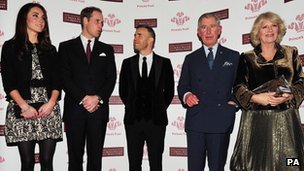 Gary with some of the disadvantaged people he’s been helping

Friends of Gary expressed delight at the honour and praised him for his dedication to helping those even better off than himself:

“I’m not at all surprised he’s been honoured like this – Gary donates a lot of his own time and works so selflessly and tirelessly at helping disadvantaged royals he often even completely forgets to pay his taxes.” 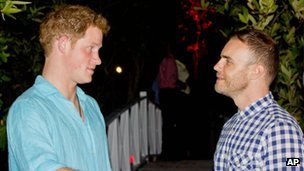 Queen Hits Out At Cruel Tyrants By Inviting Them For Lunch