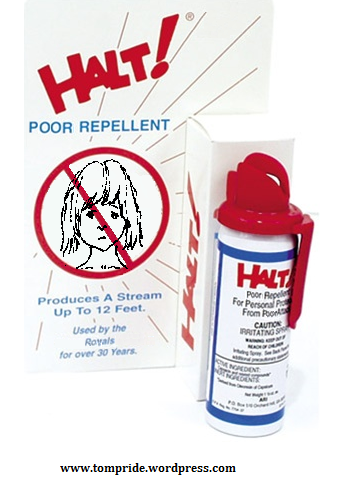 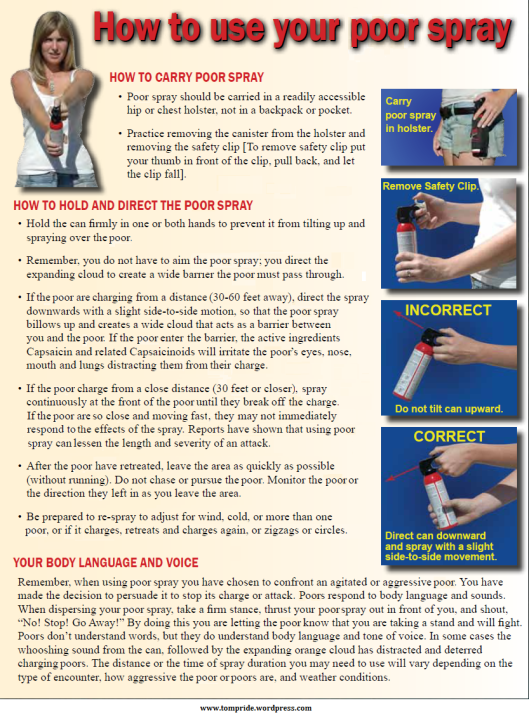 Anti-pauper roosting spikes are considered to be the most efficient and cost effective way to prevent working-class people from roosting in unwanted places.

Nylon pleb netting is used extensively as an exclusion device to protect both buildings and agricultural property from the lower classes.

The use of artificial breeding facilities (ABFs), such as plebiaen or pleb lofts, as a method of controlling the poor is becoming increasingly popular in Europe.

The ‘Scarey Man’ inflatable scarecrow is an electrically operated device based on the traditional scarecrow for scaring away peasants and other vermin.

The scarecrow proletarian scarer is a motion activated water deterrent.

Electric shock track systems are commonly used as an effective exclusion product for the proofing of buildings and property from hoi polloi and other unwanted pests.

As a method of pleb control, letting the poor starve or freeze to death has been proven to be the most cost-effective way of controlling the homeless, the destitute and other nuisances.

8 thoughts on “HALT! the most effective homeless repellent spray on the market. Details here:”