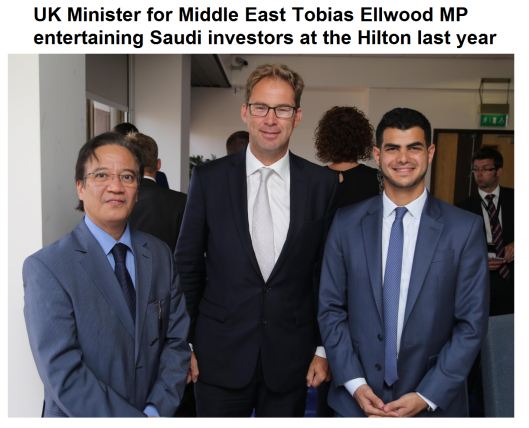 The UK government has given its official reaction to the news that Saudi Arabia has executed 47 people – including anti-government activists.

Cameron’s Minister for the Middle East Tobias Ellwood says the UK is “disappointed”:

Which may be true – because the beheadings could well make the recent efforts by Tobias and Cameron to get more cash from the oil-rich country a bit more difficult:

Bournemouth puts on a show for Saudi and Kuwaiti investors