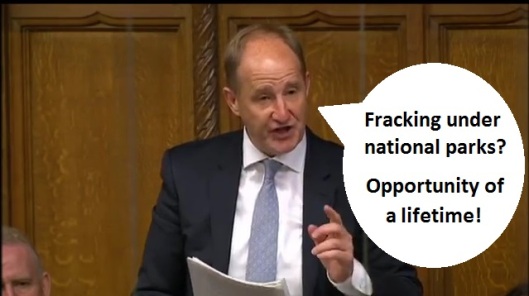 The Cameron government voted yesterday to allow fracking under our national parks and other protected areas.

One MP who voted “aye” was Yorkshire Tory Kevin Hollinrake – whose constituency of Thirsk and Malton includes one of the places at risk of fracking, the North York Moors National Park.

Not surprisingly many of Hollinrake’s constituents are strongly against fracking. Hollinrake himself, however, thinks fracking is great:

“We should not ignore what may be the opportunity of our lifetimes.”

To be fair, with a majority of nearly 20,000 and an election still well over 4 years away – Hollinrake probably doesn’t really care what his constituents think.

Note to Thirsk and Malton voters – you get what you vote for.

Here’s a diagram for anyone interested in the more technical aspects of fracking: 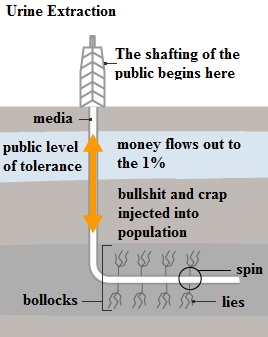 7 thoughts on “Tory MP: fracking under national parks “opportunity of our lifetimes””