The founder of the far-right English Defence League Tommy Robinson has announced he is to head a new-ish far-right group called Pegida.

In fact Pegida isn’t at all that new. It has been operating in Germany for some time now – where its leader is infamous for doing impersonations of Hitler: 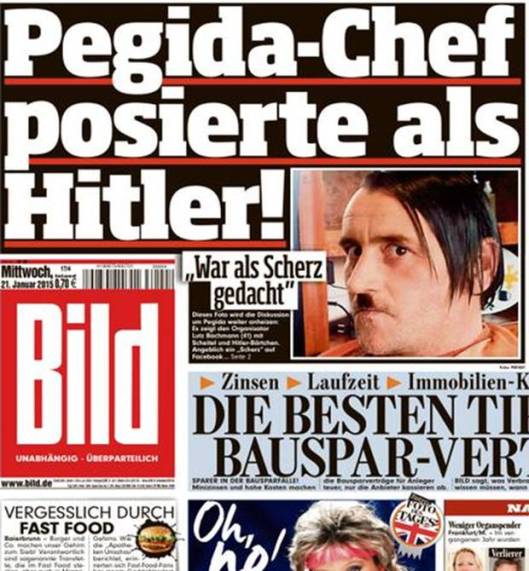 But Pegida also has supporters in the UK – not least the Daily Mail which has praised the German movement in fulsome terms and even referred to its members as “decent German people” and “rational folks“: