Interesting to see the Daily Mail’s Brussels correspondent David Churchill continuing the long tradition of Fleet Street journalists prepared to lie through their teeth to further the political ends of their proprietors.

But David has really been pushing the boat out.

This week, David produced an article about children supposedly being banned from writing to Santa by EU regulations.

The only thing wrong with it? Well, just about everything: 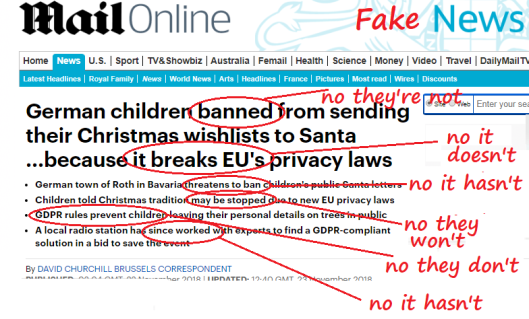 David wins our coveted  ‘Best Journalist At Getting The Most Lies In The Smallest Space Possible Award‘.