Apparently evangelical Christians in the US voted en masse for Donald Trump because they believe it is “God’s will” that Trump becomes President and the most powerful person in the world.

So why is it not even one of them has noticed that Trump’s name literally means “The Great Deceiver” – or in other words another name for Satan and the name of the person who is supposed to bring about the end of the world in the book of Revelations.

… and the original meaning of Trump in old English was “to deceive”:

So ‘Donald Trump‘ is literally the ‘Great Deceiver‘.

There are a few other things that might freak out evangelicals who voted for Trump too: 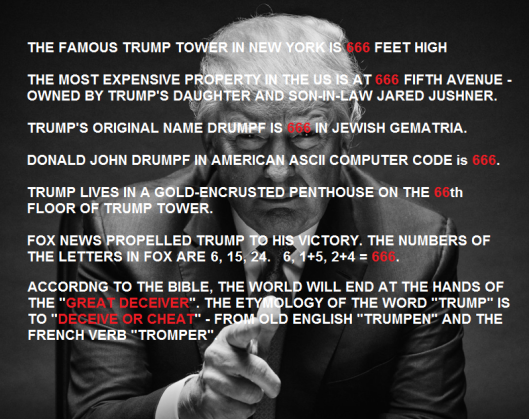