When Jeremy Corbyn was elected leader of the Labour Party, BBC Panorama aired an anti-Corbyn programme – Jeremy Corbyn Labour’s Earthquake –  about the rise of Jeremy Corbyn’s popularity in what was then called a hatchet job by Corbyn’s team: 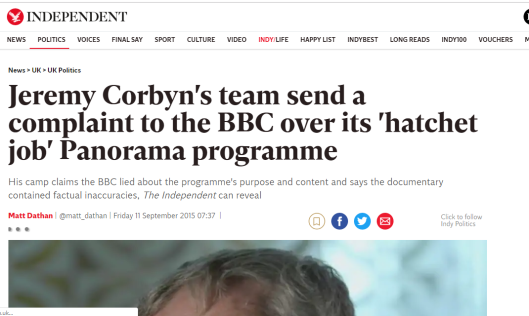 But the programme was not made by the BBC. It was made by a private production company called Films of Record whose managing director and executive producer was at that time someone by the name of Neil Grant.

Another anti-Corbyn programme was aired about a year later on a different channel – Channel 4’s Dispatches. The programme – Battle for the Labour Party – is so anti-Corbyn, it prompted a written complaint to the producer about the programme’s “inaccuracies” and “slurs”.

But the programme was also not made by Channel 4. It was made by exactly the same private production company – Films of Record: 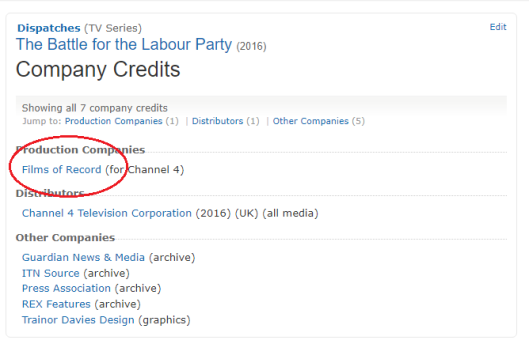 The same Films of Record whose managing director and executive producer was still someone called Neil Grant:

Which brings us to the latest anti-Corbyn programme aired this week attacking Labour with antisemitism smears.

Who was the Executive Producer?

Yep. The same Neil Grant, now no longer working for Films of Record but still very much being used as an executive producer by Panorama: 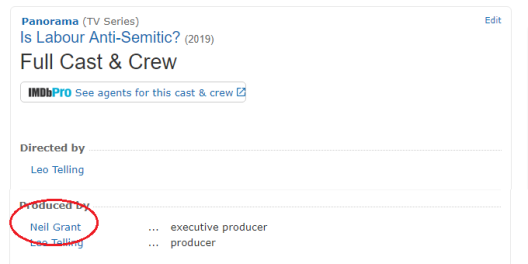 So who exactly is this Neil Grant, being given massive mounts of airtime across the airwaves on UK broadcasting media to attack Corbyn?

Nope. Just an anti-Corbynite former Labour activist and former Brent East Labour Party chair who has had a 20-year political falling out with Ken Livingstone.

And while we’re on the same subject, who is Rachel Jupp, the Editor of the same Panorama programme: 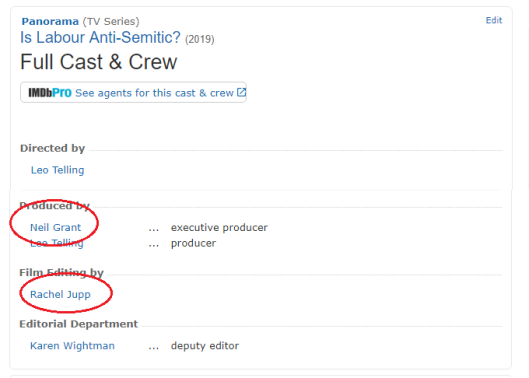 Just the sister-in-law of anti-Corbynite Labour MP Helen Hayes who once signed a vote of no-confidence in Corbyn.