According to many mainstream press outlets, Corbyn was “egged” today during a visit to a mosque: 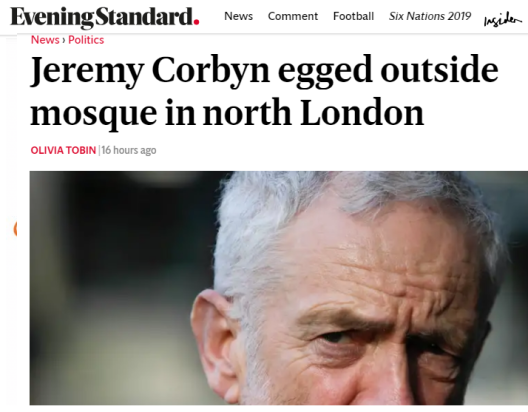 But that is a lie.

According to ‘journalists’, being ‘egged‘ means to be: “hit by by a man holding an egg in his fist“:

In other words – Corbyn was punched, not ‘egged’.

This ENDLESS anti-Corbyn spinning and ridiculously tortuous word games from some journalists would be funny if a senior politician’s safety were not at risk.

10 thoughts on “Did you hear Jeremy Corbyn was ‘egged’ today? He wasn’t. He was punched.”