Leading Brexiter Tories have revealed their plans to allow private US firms to take over NHS hospitals. They are also planning for the UK to adopt lower US environmental and food safety regulations and allow imports of things that are presently banned for health reasons such as chlorinated chicken into the country.

The radical plans were revealed in recommendations by a think tank called ‘The Initiative for Free Trade’: 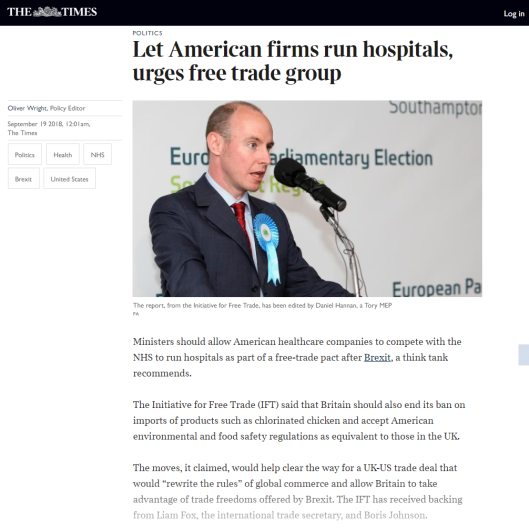 The IFT was launched in September 2017 by a small but influential group of right-wing Conservative figures.

None other than Tory party leadership contender Boris Johnson: 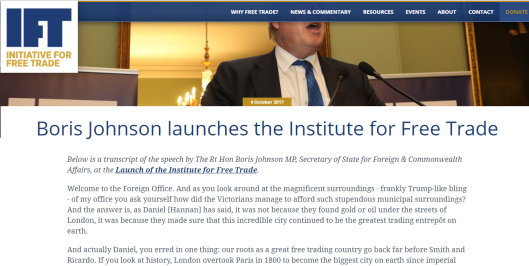 … along with Tory International Trade Secretary Liam Fox who both launched the think tank along with IFT president, Tory MEP Daniel Hannan. 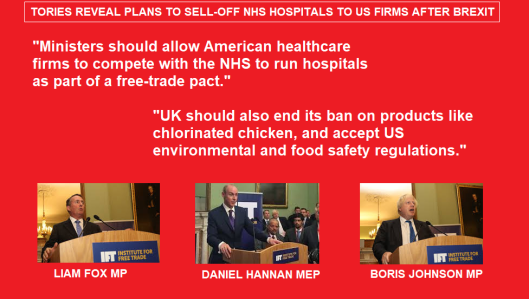