Racists and former UKIP, BNP, EDL members are openly boasting on social media about how they are joining the Conservative Party so they can vote in a future Tory leadership contest:

Apparently, there is nothing wrong with racists infiltrating the Conservatives: 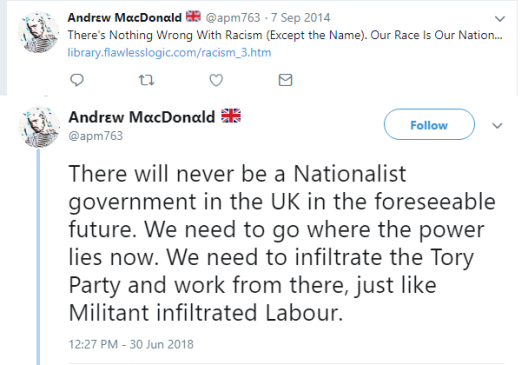 Or UKIP supporters joining the Tories: 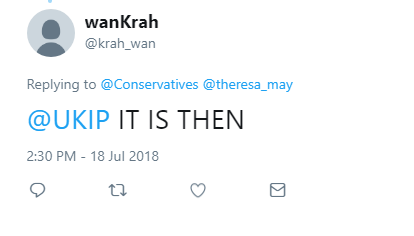 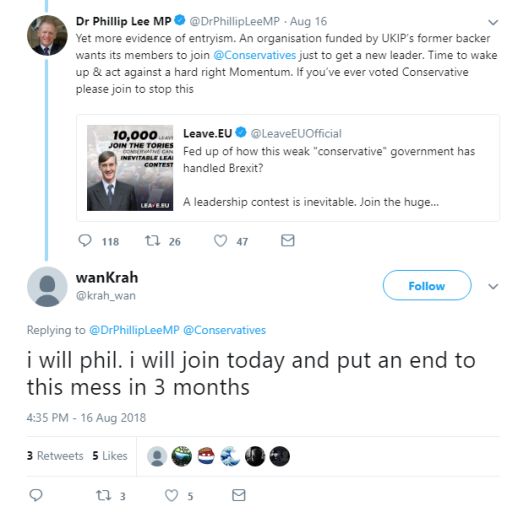 And no problem with people who like to share a BNP leader’s anti-semitic tweets being new members: 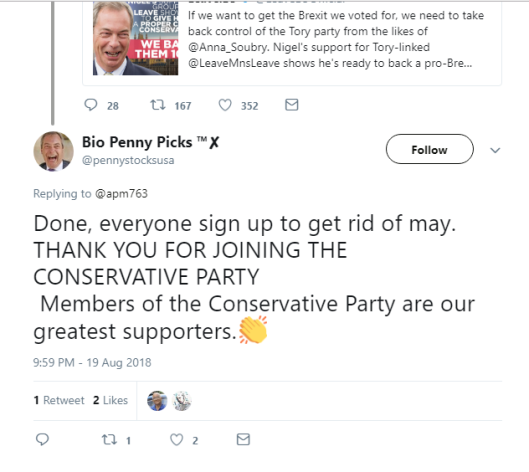 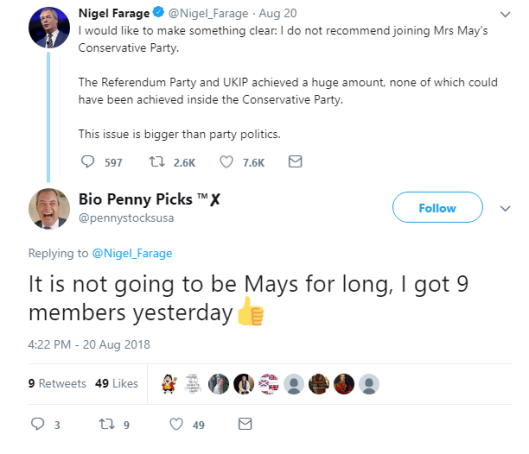 Some UKIP supporters are even boasting how it’s going to cost them as little as 15 quid to help choose the next Tory leader: 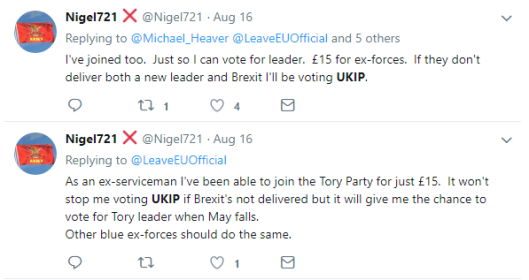 And by around November, nearly all these extremist entryists will have full voting rights in the Tory Party: 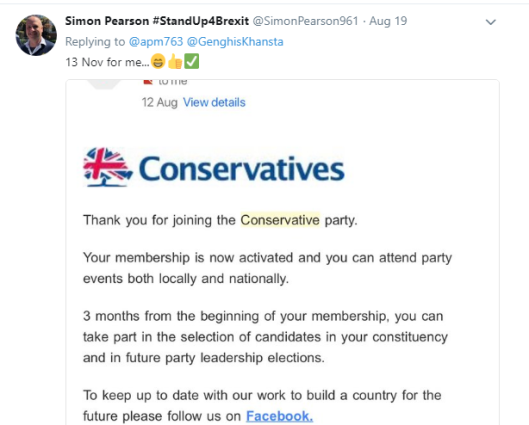 But of course, according to the maintsream press, it’s Labour that has a problem with extremist entryism!