I know it doesn’t fit the narrative, but real antisemitic activists in the UK are NOT Labour Party or Jeremy Corbyn supporters.

In fact, our investigation into thirty of the most active British anti-semites on social media show they are overwhelmingly strongly OPPOSED to Jeremy Corbyn.

And all are on the far-right of the political spectrum, not the left.

Real Jew-hating, anti-semites exist in the UK. Our investigation into the online presence of the most active anti-semitic activists on Twitter and Facebook, reveals anti-semites pretty much speak with one voice when it comes to their beliefs and policies.

Interestingly, they also hate Muslims just as much as they hate Jews: 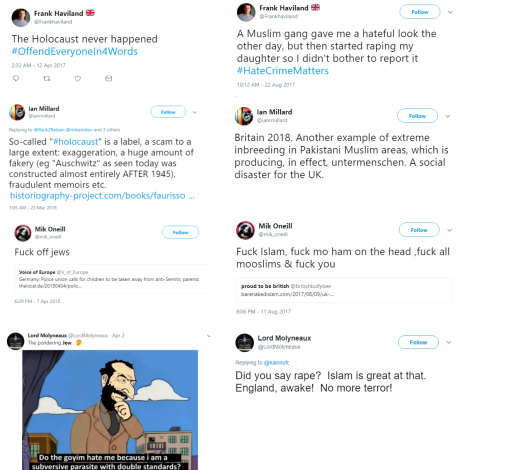 Is anybody really surprised that people who hate Jews are right-wing and that they also hate Muslims or people of other religions, nationalities or races?

But don’t take my word for it – see for yourself. These people are now operating openly with their hatred, safe in the knowledge that mainstream journalists will ignore them because they do not fit the false narrative of antisemitism on the left which is being used to smear Jeremy Corbyn’s Labour Party.

Here are links to some of the most active hard-line British anti-semites we investigated – ALL of them are right-wing.

You will see they are openly using stomach-churning anti-Jewish tropes about secret Jewish groups at work to undermine democracy – something used by the Nazis extensively in the 1930s to whip up hatred against Jews: 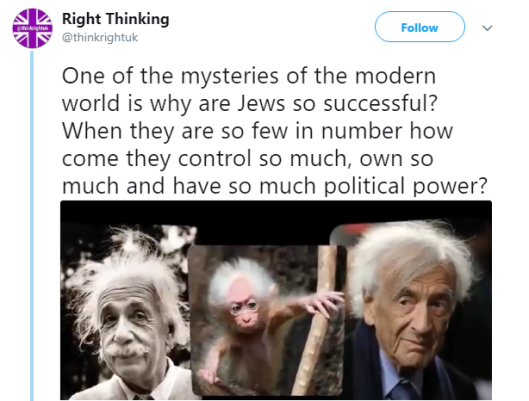 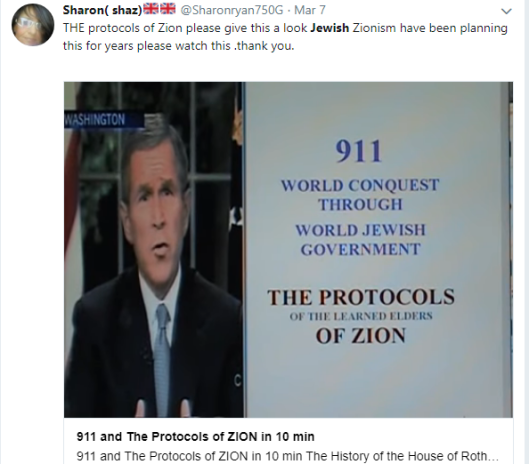 And because they are being ignored by the mainstream media, the real British anti-semites are becoming so emboldened, they are openly denying the Holocaust on social media safe in the knowledge no British journalist will call them out on it: 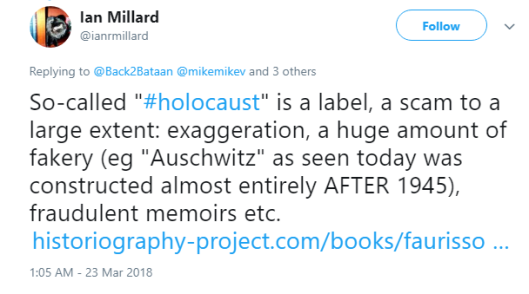 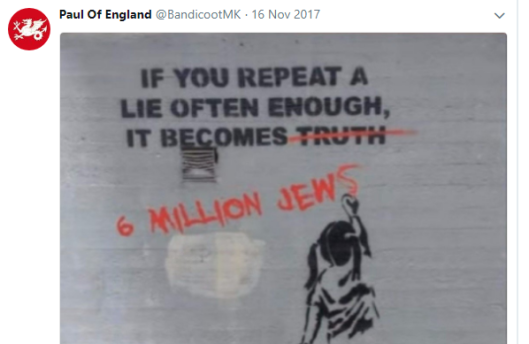 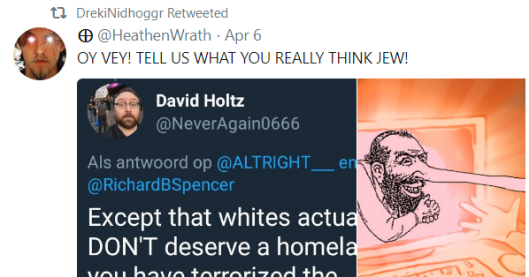 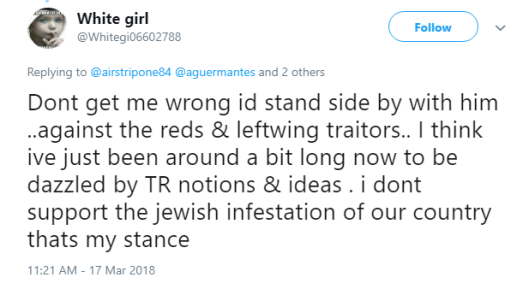 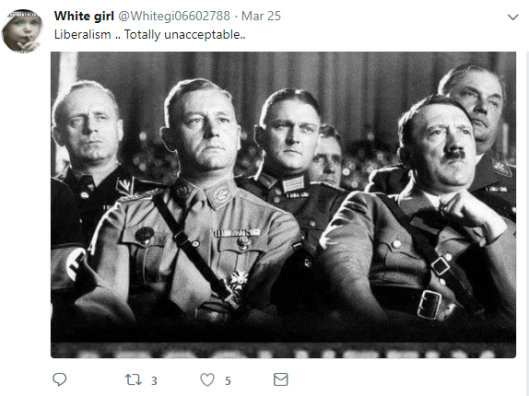 The real anti-semites are not subtle in their hatred – because they know nobody is calling them out on their disgusting abuse:

And all of them hate other minorities as well as Jews, including Muslims and LGBT people: 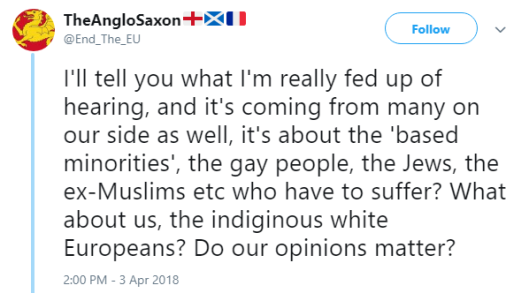 Recently, some of the more wily leading British anti-semites have managed to avoid being suspended on social media for hate speech by using code words. A common one is to use the word ‘juice’ instead of ‘Jews’:

And some are using more subtle (?) hints at Holocaust denial: 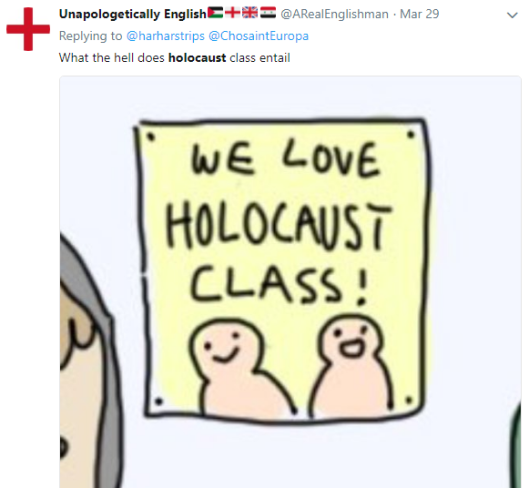 But the vile, disgusting hatred is there for all to see: 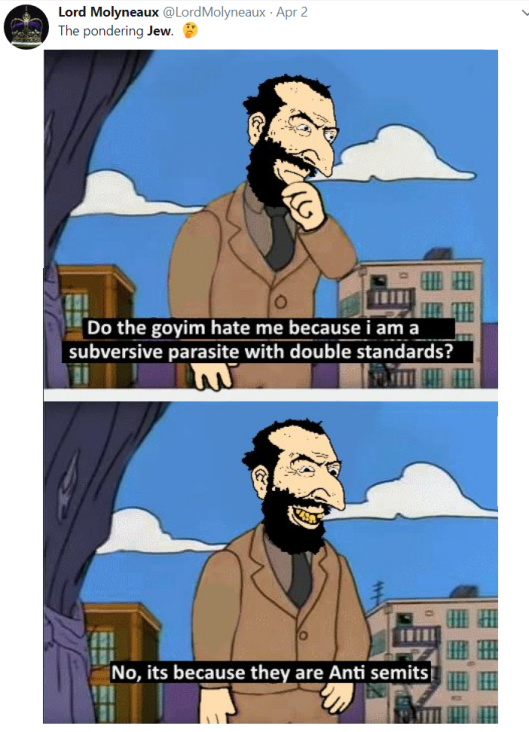 The real tragedy about the right-wing press using the false narrative that anti-semitism comes from the Left, is that the real anti-semites on the Right have become emboldened because they are being allowed by everyone to go about their vile business untouched and unnoticed.