Theresa May’s brand new Defence Secretary Gavin Williamson thinks it’s a waste of money to support members of the armed forces or their families who fall on hard times:

It’s quite frankly unbelievable that this man was ever even considered for the job as Defence Secretary.

If this ever gets out, it would be disastrous for the increasingly desperate Prime Minister. Williamson might have to resign – just days after May’s previous Defence Secretary had to resign for being a security danger and a sex pest: 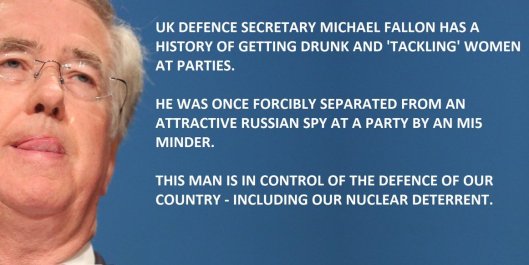