Sarah Sands – the relatively new editor of Today – has been criticised for ‘dumbing down’ Radio 4’s flagship news and current affairs programme.

Sands once gushed about how Theresa May is a “symbol of stability and permanence“:

… and she is also on record as smearing Jeremy Corbyn for supposedly being anti-democratic:

Could Sands’ new passion for replacing hard political news on Today with fashion puff pieces be her way of distracting from the disastrous leadership of her beloved Theresa May and the utter shambles in her darling Tory Party? 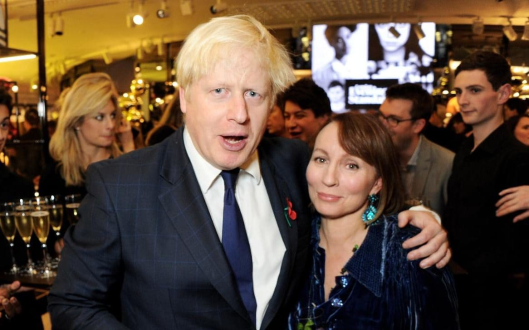 Sarah Sands with a friend

PS Now her salary depends on it, I wonder if Sands still thinks it’s perfectly OK not to pay for the BBC licence if you’re middle-class:

Sarah Sands: Now we’re seeing what Britain looks like under Theresa May

Today editor Sarah Sands: ‘How can you say it’s not worth talking about a £30bn industry because it’s to do with women?