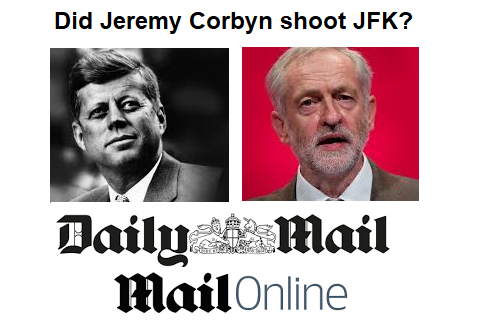 It was supposed to be a joke:

But the fact quite a few people had to think a few times whether this was satire or a real attempt by Daily Mail journalists to smear the Labour leader, says much more about the dire state of our tabloid press than it does about my poor sense of humour or anything else:

Last year, the Mail and the Sun actually photo-shopped pictures of the Labour leader to falsely accuse Jeremy Corbyn of dancing at the Cenotaph on Remembrance Sunday:.

7 thoughts on “Did the Daily Mail accuse Jeremy Corbyn of being involved in the assassination of JFK?”