There is a very silly smear story in the Mail today claiming Jeremy Corbyn once supported ISIS militants.

The story was written by the Mail’s Executive Political Editor, Jack Doyle.

Doyle infamously won the prestigious ‘Tabloid BS Story of the Month’ award in 2010 for an even sillier story claiming that Mohammed is now the most popular boy’s name in the UK: 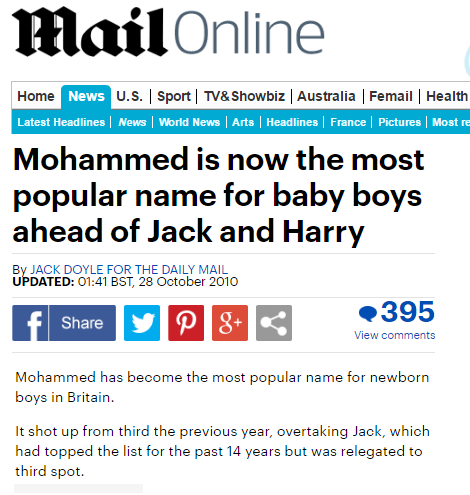 The reality is that only 2% of boy’s names in the UK are Mohammed.

But as usual, the Mail doesn’t like to let facts get in the way of a good smear story … 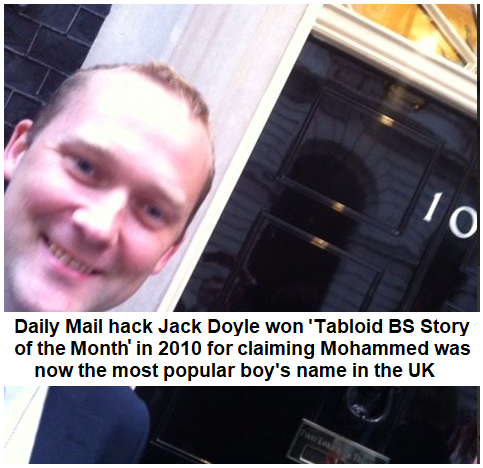