Don’t know about Labour being infiltrated by so-called extremists and entryists – such as terminally ill grandmothers – but it’s the Tory Party I’m worried about.

Conservative Party membership has mysteriously increased by as much as 50,000 since Theresa May became leader – after a long period of decline.

This is being accredited to UKIP entryists – including some high profile people who have expressed extremist views such as Islamophobia (Malcolm Davis), have made sick jokes about Anne Frank (Alexandra Phillips), support holocaust and climate change denial (Przemek Skwirczynski) and openly support Donald Trump (Steven Stanbury)

Theresa May’s Tory Party is morphing into UKIP right in front of our eyes. 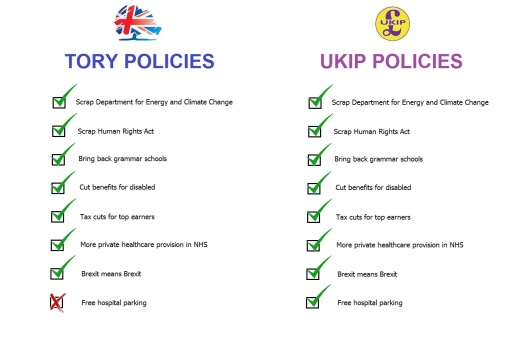