On the same day a government campaign was launched to boost UK exports, Cameron and his ministers were too busy attacking Jeremy Corbyn for how deeply he did or didn’t bow at the Cenotaph to even mention it.

Which is presumably why – according to a new survey by QuoteSearcher and YouGov – an incredible 69% of UK businesses have never even heard of the 4-month-old ‘Exporting is GREAT’ campaign: 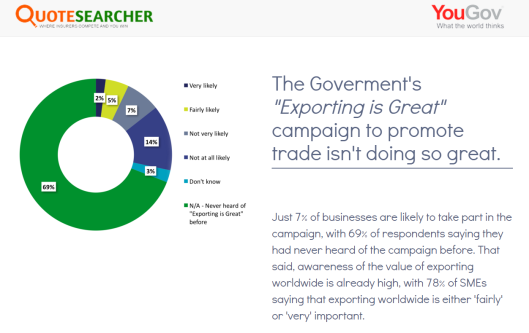 Weak exports are one of the main causes of Britain’s trade deficit and the UK’s rapidly weakening economy:

But instead of doing what they can to improve the economy, Tory ministers and their sidekicks in the right-wing press are obsessively attacking the Labour leader.