UPDATE: The Greens have now overtaken the Lib Dems too. Here are the latest figures (Thursday, 15th Jan): 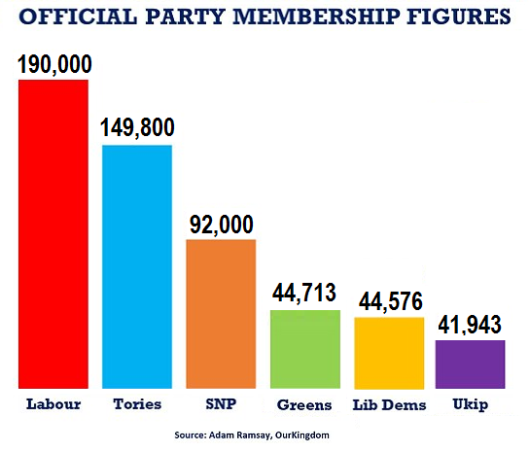 A lot of the press yesterday got excited about the fact that the Greens are about to surpass UKIP in membership numbers.

In fact, during the course of Wednesday, the Green Party gained over 2,000 members and have now surpassed the UKIP: 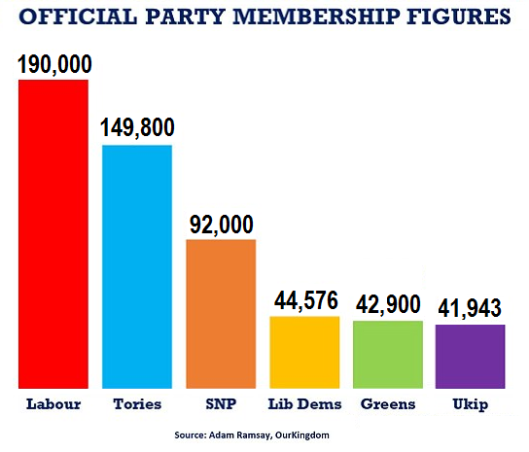 At this rate of growth, The Greens will also have surpassed the Lib Dems in just a few days too.

Which means there’s no excuse to exclude the Green Party’s leader Natalie Bennett from the leadership debates.