(not satire – it’s the Daily Mail)

Here’s the front page of the Daily Mail 3 days ago: 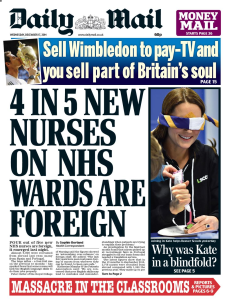 In fact, the truth is that 4 in 5 new nurses on NHS wards are British.

Here’s a letter of complaint to Mail editor Paul Dacre from the government’s Health and Social Care Information Centre: 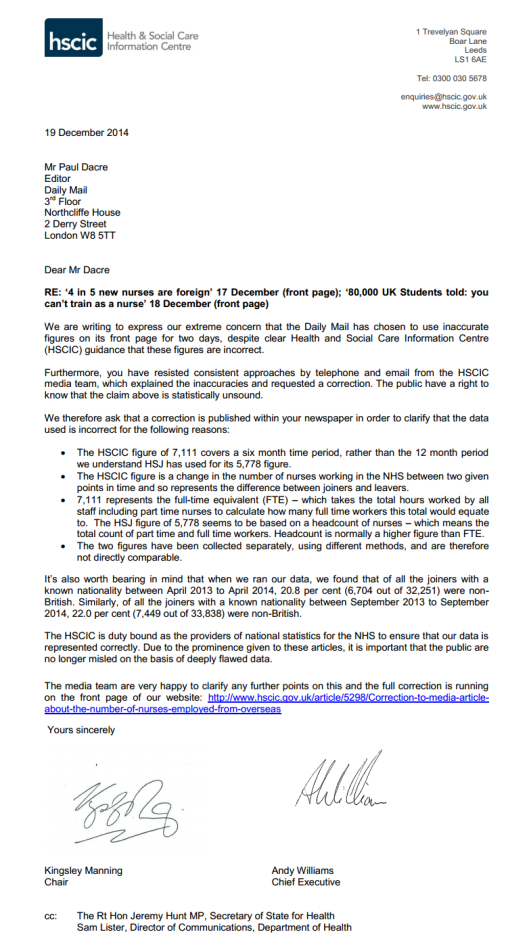 24 thoughts on “The Daily Mail lied again: 4 in 5 NHS nurses are British not foreign”