I’m sure most people are as concerned as I am at the serious damage which has been done to the Lib Dems’ image – particularly in the eyes of women voters – after the recent allegations of sexual harassment by senior members of the party.

I think what’s needed to help the Lib Dems out with their image problem is a concerted PR campaign to make them look more attractive to female voters.

So here’s my contribution to it: 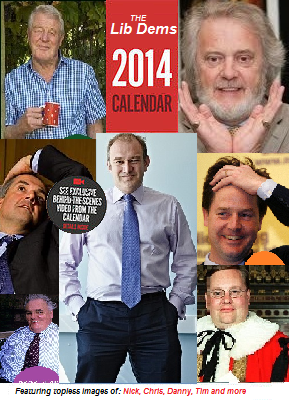 DON’T DESPAIR about the gloomy start to 2014!

Beat the austerity blues with the help of these saucy snaps galore – as 12 GORGEOUS Lib Dems show off their LUCKY CHARMS for our stunning OFFICIAL 2014 SIZZLING Lib Dem lovelies calendar: 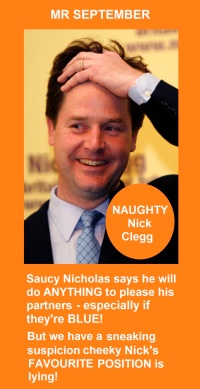 With apologies to the following sources: