Channel 4 executives should be proud of themselves.

Their attempt to stereotype and demonise all of Britain’s 2.49 million unemployed by focussing on just 6 carefully chosen people and showing them in the worst possible light in their programme Benefits Street last night was so successful that Twitter exploded with threats of violence and even death against the participants: 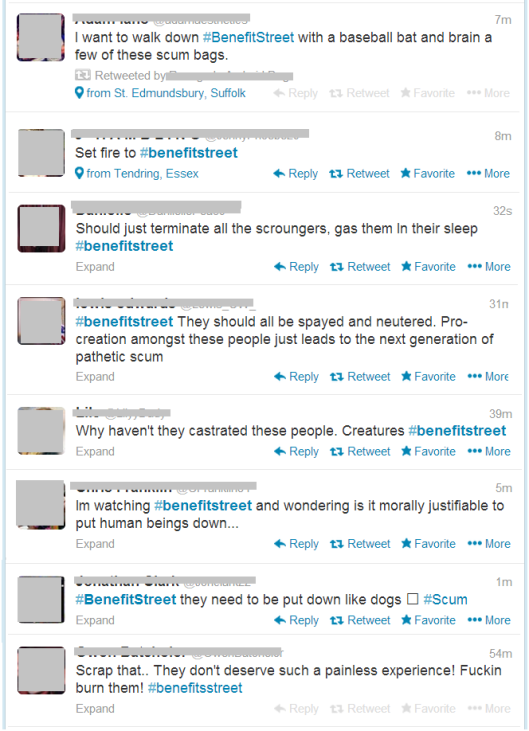 The producers of the programme meanwhile defended it is a ‘sympathetic, humane and objective portrayal’ of those struggling to cope with austerity.

Not much sympathy, humanity or objectivity on display on Twitter however.

Isn’t there a law against this kind of incitement to violence in the UK?

If so, if any police officer would like to take this further, I’ve kept the names and IDs of the people responsible for the above (and more below) threatening tweets and I would be more than happy to help you with your enquiries..

UPDATE – here are some more threats on Twitter (thanks to @jadesaladem for compiling these): 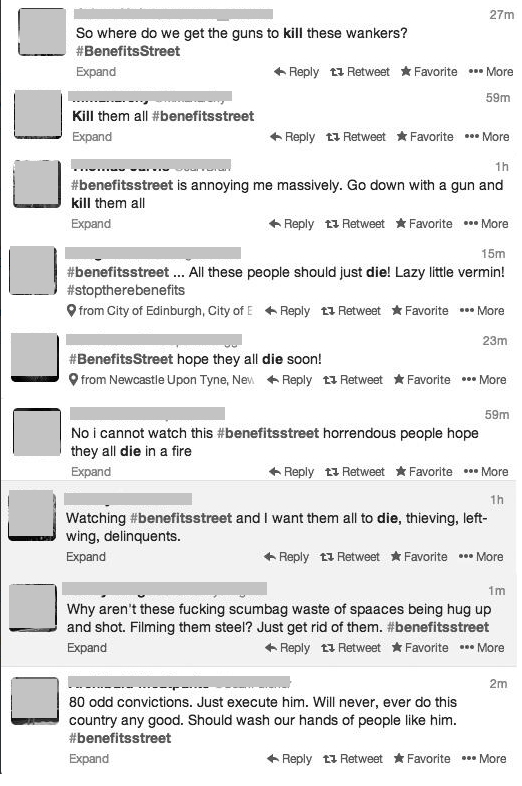 Here’s my letter of complaint to Channel 4. I’ll let you know if I get a reply.

Here are examples of just a few of the threats of violence and even death against the participants of your irresponsible programme Benefits Street last night on Twitter:

“Why haven’t they castrated these people. Creatures #BenefitStreet”

“#BenefitStreet they need to be put down like dogs. #scum”

This is possibly the worst example of irresponsible broadcasting I have seen for a very long time.

You should be ashamed of yourselves. But you won’t be.