The Church of England voted on Tuesday against allowing bishops and other chess pieces to be shaped like women, guaranteeing more internal strife over board games – an issue of grave importance that has for years divided the mother church for the world’s 80 million Anglicans.

After hours of debate, clergy in the General Synod, the Church legislature, comfortably backed the change to allow chess pieces to be more curvy but lay members were four votes short of a two-thirds majority in favour of allowing lady lumps on chessmen.

Some women priests in the public gallery wiped away tears, knowing they will have to wait at least another five years before they can hope to play chess with knights sporting wamjanglers and rooks shaped with obvious pairs of love dumplings in plain view. 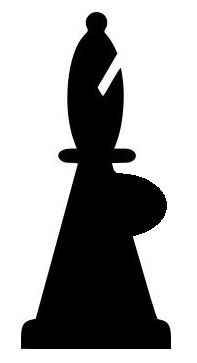 Bishops with baps are already allowed in Australia, New Zealand, Canada and the United States, but conservative evangelicals and Anglo-Catholics argue that male-only playing counters is God’s will and say that feminine looking pieces would break with a tradition of board game playing that stretches all the way back to Jesus’s famous game of Cluedo with the Twelve Apostles just before the Last Supper.

Church of England accused of homophonaphobia

Act Of Gove: an event beyond human control – often of a destructive nature – for which there is no legal redress

Local councils should have right to say their last prayers before facing decimation, says Eric Pickles

Did you know the name Gideon is Hebrew for ‘Destroyer’. Really.

A world full of war, hunger & man’s inhumanity to man and who does God punish? Tesco!

By the way, if you click on any of these buttons below, you’ll be doing me a favour by sharing this article with other people. Thanks:

19 thoughts on “Church of England says no to women bishops, knights and rooks”