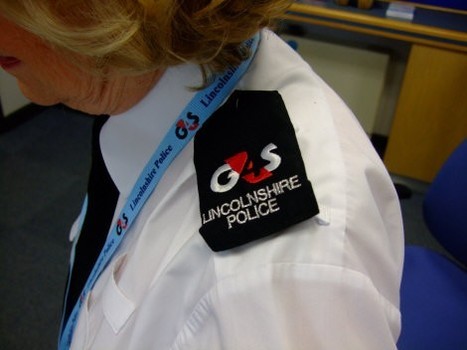 I’ve already questioned the legal implications of using detectives employed by private security companies like G4S to investigate serious crimes such as murder, including interviewing suspects and witnesses and conducting house to house enquiries. See here:

Would refusing to cooperate with a G4S detective mean you could be charged with hindering a police investigation?

Well, this is no longer just a hypothetical question. G4S have already started advertising for detectives in Warwickshire. See the job advert here:

Here’s an extract from the advert:

G4S Policing Solutions are currently recruiting for several Civilian Investigators within the Warwickshire area, the roles to be based at Leamington, Nuneaton or Rugby will predominantly be based in the Local Investigation Units.

Main Purpose of the role:

Investigate offences of crime, and to actively participate in a wide range of evidence gathering and crime investigation tasks.

Call me old-fashioned, but shouldn’t the handover of our policing and investigation of serious crimes such as murder and rape to privately-owned companies be worthy of reporting by the mainstream press?

Clearly not, I’m afraid to say.

G4S Embassy Guards Sacked By US Government For Drinking Vodka Out Of Each Others’ Bottoms. Not satire – it’s true!

Oh dear! G4S were in charge of security at airport which let 9/11 hijackers slip through.